Start of the Soccer Season – March 19 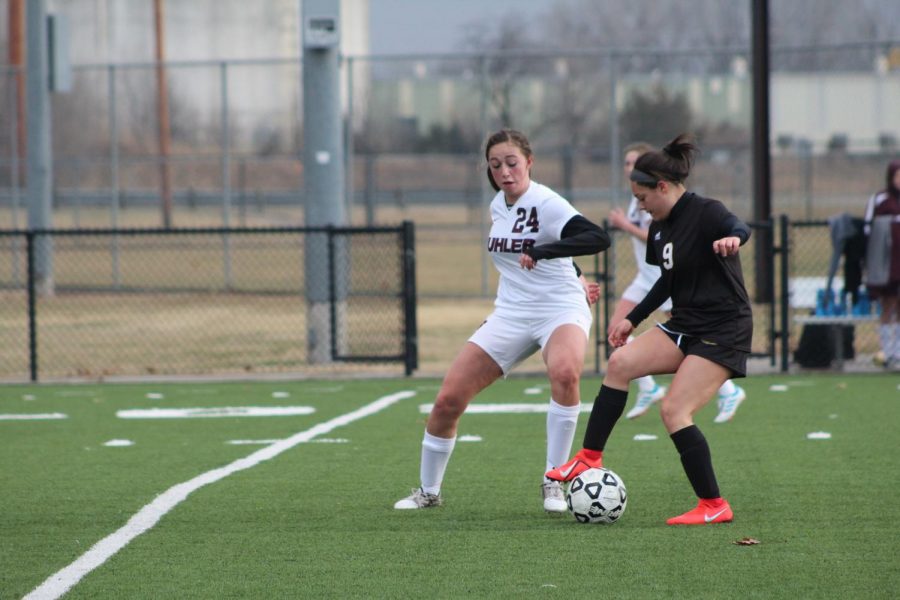 Sophomore Arianna Campos keeps the ball away from the Buhler defender.

The varsity girls soccer team started this year by taking on the Buhler team on March 19 at Fischer Field. With a high of 65 degrees for the day and some random sprinkles of rain, the teams had to face weather as well as each other. For the first game of the season, the girls ended with a score of 10-0, a loss for the Railers.

“The loss definitely did take its tole on us but we tried to keep our heads up because we do have two games every week,” sophomore Makaylee Ybarra said. Ybarra plays goalie for the varsity team.

The girls had to cope with the first loss as they took on Eisenhower on the 21st of March. That game had also ended with a 10-0 loss for the Railer varsity team.

“Two games in a row where we don’t win makes us a bit less confident, but it just means we need to keep working and improve on what we slipped up on. As a team, we need to keep positive and not let it get to us,” Ybarra said. “We just need to remind each other to keep our heads held high.”

In both games, the mercy rule had to take place. This means the game had ended early because one team had been ahead by ten goals.