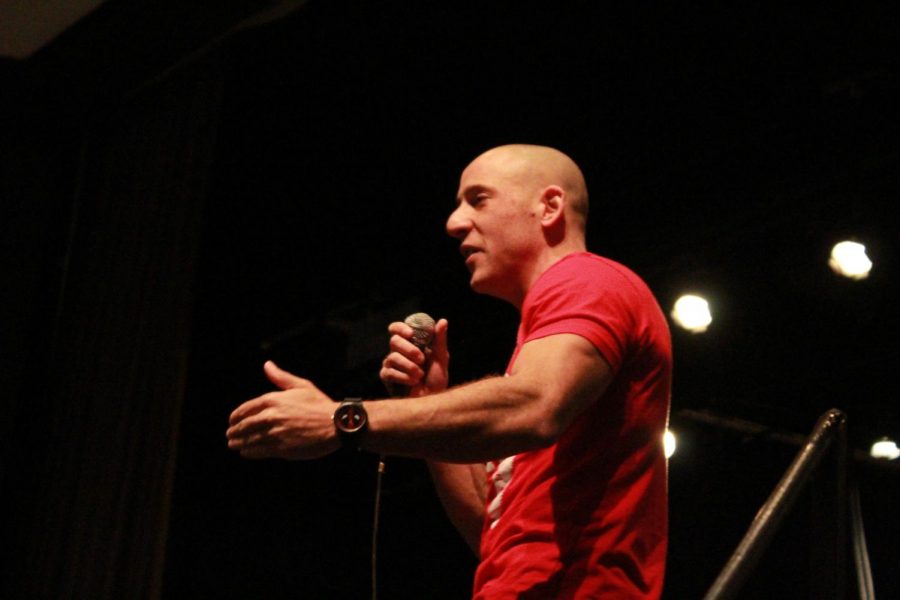 For the past 18 years, global storyteller, author and filmmaker Kevin Hines has been sharing his life story. In such time, he has managed to present in front of two million people face-to-face and has reached around one billion people through the internet.

Principal Lisa Moore received an offer from Prairie View that she simply could not refuse. Upon accepting the offer, Hines then had a new mission to reach out to the students of Newton High School.

“Suicide is such a big issue right now, I mean, not that it hasn’t been an issue in the past but it’s very timely, And this was a free opportunity for us to have a global speaker of this magnitude. We had to take them up on this opportunity.”

Hines’ story began on September 25, 2000, when the voices in his head took over his body, leading him to catapulte his body off the Golden Gate Bridge walkway. Between 1937 and 2012 an estimated 1,600 bodies were recovered of people who had jumped off the Golden Gate Bridge. Hines is one of 36 people who have survived the jump and is the only one who is sharing his story with the world.

Hines recalls that the moment his feet left the ground he immediately regretted his decision, but with the help of a sea lion, he was able to stay afloat until the Coast Guard arrived. 19 of the other 36 survivors have stepped forward to say that they felt the same regret as Hines did following their jump. Hines is one of 5 lucky enough to regain full mobility in his body.

“What could have stopped me is just one person intervening, saying “Are you okay?” or “Are you suicidal or what are you thinking right now?”,” Hines said.

After living with bipolar disorder and having experienced such emotions, Hines has used his knowledge and experience to help save others who are suffering in the same situation that he had once experienced.

“I survived by the three miracles that happened- because I was meant to exist, to try and make an impact. Just try. That’s all we can do is try to be our best selves, to give back and I think I was given a second chance to try to make a positive ripple effect in the lives of others,” Hines said. “I saw how it had a positive effect on so many people and I saw the power in storytelling and how it could change a life.”

After so many years of impacting others’ lives, Hines has received a multitude of awards. Additionally, he has written a bestselling memoir titled Cracked Not Broken, Surviving and Thriving after a Suicide Attempt. Aside from this book, Hines has released a documentary, “Suicide: The Ripple Effect”. Although he is grateful for each of productions, he is most proud of the lives he has changed.

“It’s nice to get acelated for you efforts, but really the biggest accolade is the people that are changed forever that’s what matters,” Hines said. “Today one of these young kids came up to me and this really impacted me and there was more than one but there was one in particular that looked like it really meant a lot to him like he really meant a lot to him and that is the most special feeling anyone can ever have.”

While Hines has presented hundreds of times in places all around the world, no one audience has ever received the same presentation. Whether it be at a school, conference or even a military base, every group has heard a unique presentation.

“I like to look at an audience and I will read the room because I have a list of stories in my head so I will just go a different way sometimes. I don’t really plan it ahead of time I see what I am looking at and I kind of just feel it,” Hines said. “Sometimes when you get a room full of parents you can’t talk the same way you would to students. It has to be a different vibe. Then when you go and talk to the military it is going to be totally different than the way you would talk to a group at a conference, so you just gauge the room and go from there.”

Although each presentation is different in its own ways, Hines always has the same purpose and goal for each.

“I think the one thing I do think about actively is having the most effect on the most people in this room,” Hines said. “[I want everyone to know] That whatever is going on, you just want to take a moment, take a deep breath, and stop everything and look to the person who loves you the most and tell them the truth and tell them what is going on in your head.”

Hines has helped save many lives and many people have expressed to him their gratitude and how badly they needed to hear their words. He has successfully impacted many lives all over the world. This story was not any different at NHS.

“I 100 percent believe that it was beneficial no matter where you are from, what your emotional status is like, it’s a good story to hear. Because he kind of touched on every part of someone’s life,” junior Becca Meyer said.

Not only did it impact students such as Meyer mentally, but it also changed the way some students think and act towards others.

“I think that it will cause me to be more compassionate to others even if I don’t know them. I try to already but just going one step further and trying to notice if someone is in need and lending a hand,” senior Jaeden Cochran said.

While many students have voiced their gratitude in the way Hines story has changed the way they think in day-to-day life, Moore is hopeful that his presentation will stick with kids and have a lasting effect on the students.

“I want kids to realize that the bottom line is you have to be kind, no matter what just be kind, you don’t gain anything by being mean to another person. And you know kindness goes a long ways and it can be very infectious so you know share the kindness,” Moore said.

While this presentation will forever be remembered throughout the student body, there is one thing in particular that Hines hopes students will walk away with following his presentation.

“[I want students to think] I deserve this life until a natural end. That they can recognize their inner beauty and value if they had not that morning,” Hines said.

To  hear more of his story visit his Youtube channel at this link: https://www.youtube.com/channel/UCYZeM7MIkXtU_–r9BlDTQA 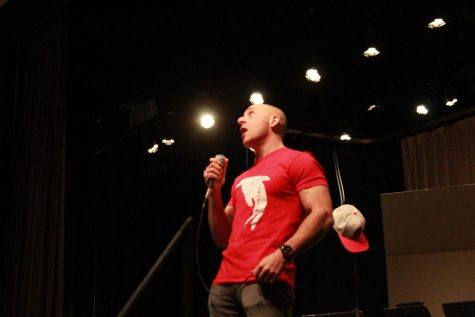 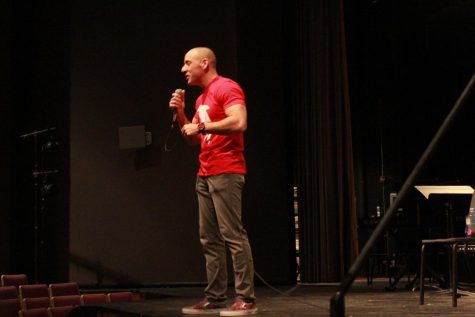 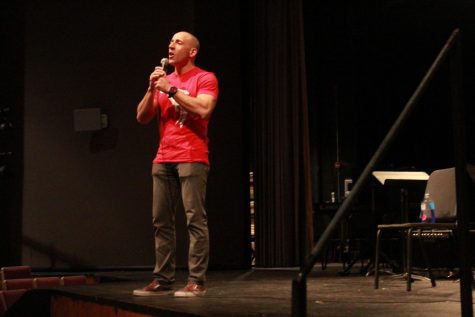 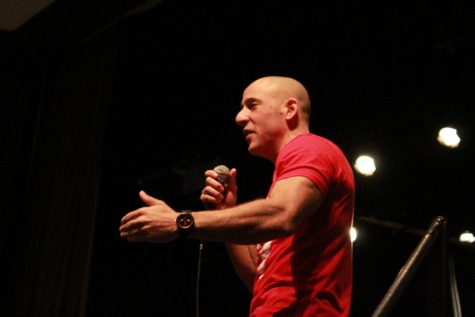