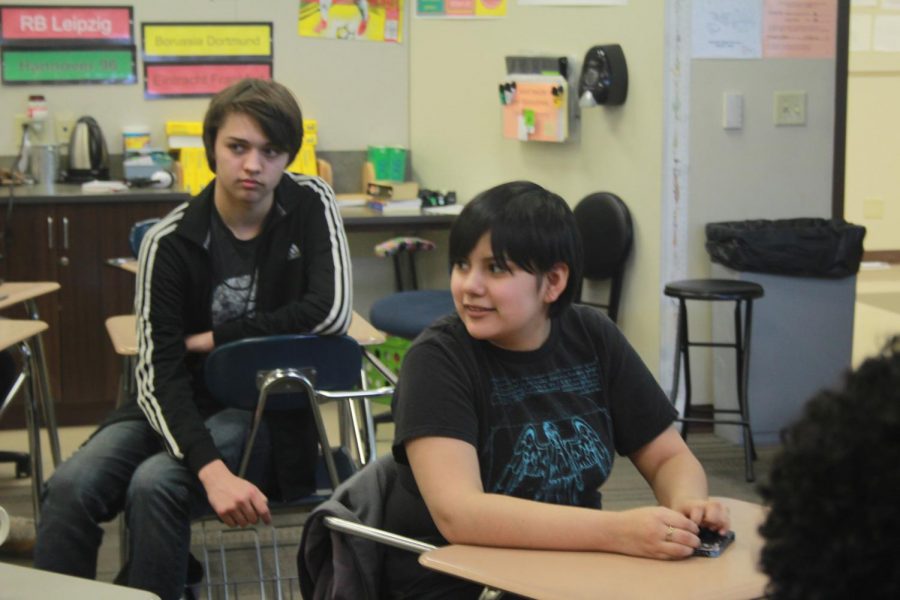 Freshman Camila Flores listens to other people's ideas about the dress code.

At the most recent SRJ (students for racial justice) meeting on March 1, the club members discussed the new dress code they have been putting together for the past few club meetings. At the end of the meeting, the updated dress code for next school year was emailed to the administration to look over.

The new dress code contains lots of different requirements than the current one.

“you know how we have to like, mesure strap widths, and skirt lengths, we don’t want that, that’s objectifying. Like to girls, like, we are children. You shouldn’t have to bend over to measure your skirt, that’s not okay. It also says that we can wear clothing that show our shoulders, and not act like we’re in the middle ages,” freshman Camila Flores said.

This is Flores’ first year in this club, and she plans on being a part of it next year as well.

“my mom runs the anti racism training and so i’ve always been around things like this so i just thought it would be good to support the group,” Flores said.

In addition to making the dress code more reasonable to the club’s standards, Flores is also hoping it will change the environment of the school, making it a more accepting place.

“I think it holds some teachers accountable, and students accountable. Like, we’re there, and we haven’t really done much, but we are hoping to change the environment to be a little more open for people of color, and not of color.”