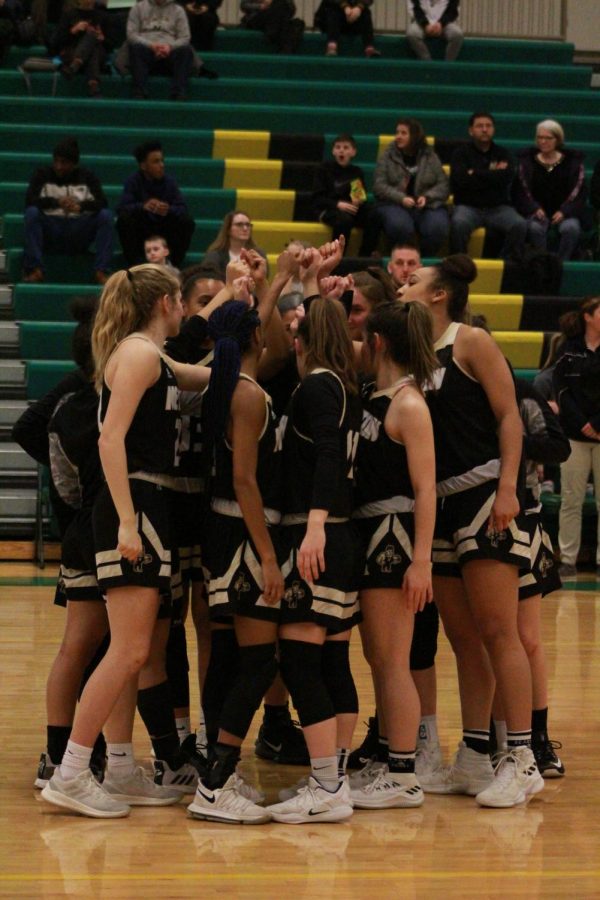 Before the game the Lady Railers break down.

The Lady Railers traveled to Bishop Carroll on Feb. 27 in the first round of Sub-state. They went into the tournament in the 11th seed with a 10-10 record. They lost 39-50 to the Golden Eagles.

“I thought we’ve been practicing well and that it be a good game. I wasn’t sure how the outcome would come but I thought we had a good chance at beating them,” senior Claire Selecta said.

At the beginning of the game they carried all the energy and came out strongly, at the end of the half they only trailed by two, 17-19.

“When we were down by 2, we were still in it, still in the game. We still felt confident, but we were going to have to work hard to pull out a win,” Selecta said.

In the second half Bishop Carroll had many runs and couldn’t ever make a complete come back. Thus ending in the final score.

“We had a new coach this year and that was a little different, but overall it was pretty good,” Selecta said.

The Lady Railers ended their season 10-11, losing six seniors, many leaving successful careers behind. But leaving a bunch of young talent for the next season.

“I feel that the next season will be different with a bunch of seniors leaving, but we’ll put in the work to make next season great,” junior Keila Gillispie said.