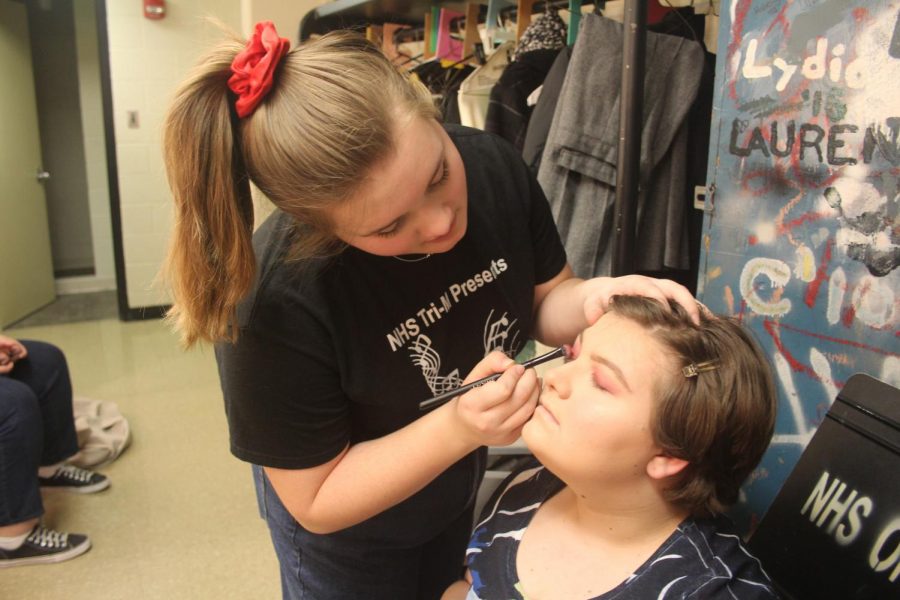 Before the show, the cast of Almost, Maine held a dinner on Feb. 9 at 5:30. The dinner was served by the cast, they also set up the decorations in the commons beforehand.

“The dinner was mostly for couples to come, they got a full course meal and we actors were there in character greeting them and welcoming them to Almost, Maine,” sophomore Tryston Mitchell said.

“The setup was hard because we had to build a spinning stage and so we had to prevent it from sliding away and had to add extra pieces for the different scenes,” Mitchell said.