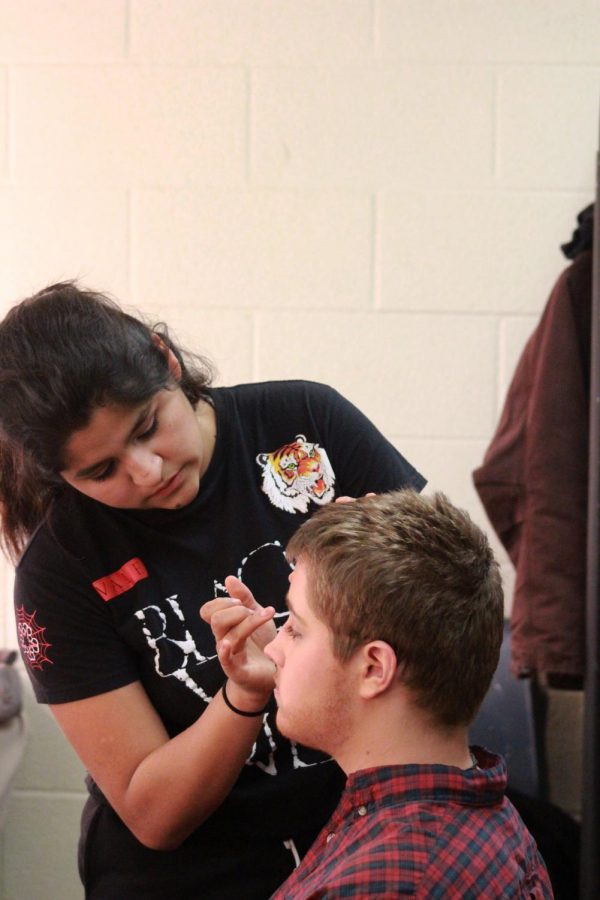 The cast and crew of Almost, Maine came together for one final rehearsal and work day on Thursday, February 7. The rehearsal was postponed on Wednesday because of the snow day, but the group had been granted permission to have a practice.

“I don’t think [the snow day] affected [practice] too much,” sophomore Frances Robu said.  “Since our scenes were separated, it was easier to practice because we didn’t need to have everybody there.”

The show consists of nine different stories. Each scene depicts a different story about two people in love, each having their own characters and plot development.

¨Even though there is that hint of fantasy to it I feel like it is something a lot of people can relate too,” Robu said. “Love isn’t always perfect. Sometimes people fight and they get hurt in the end, but a lot of the time you can make things okay. Sometimes it doesn’t work out but sometimes it does so I kind of hope that the scenes were relatable for a lot of people

Since the members of Almost, Maine could not come in the building on the sixth, they had a work and rehearsal on Thursday and Friday. They came into the auditorium right after school on Friday and finished all the final touches on the set.

¨The only thing I felt like we had to rush was the set,” junior Gabrielle Mathews said. “But we knew it was going to get down in the end,”

Through this production, the cast and crew were able to connect and form new relationships together.

¨[I´ll miss] the fun we would have in rehearsals,¨ sophomore Tryston Mitchell said. ¨Since we are all not out there performing, we would be back here, just messing around, goofing off and having fun.¨