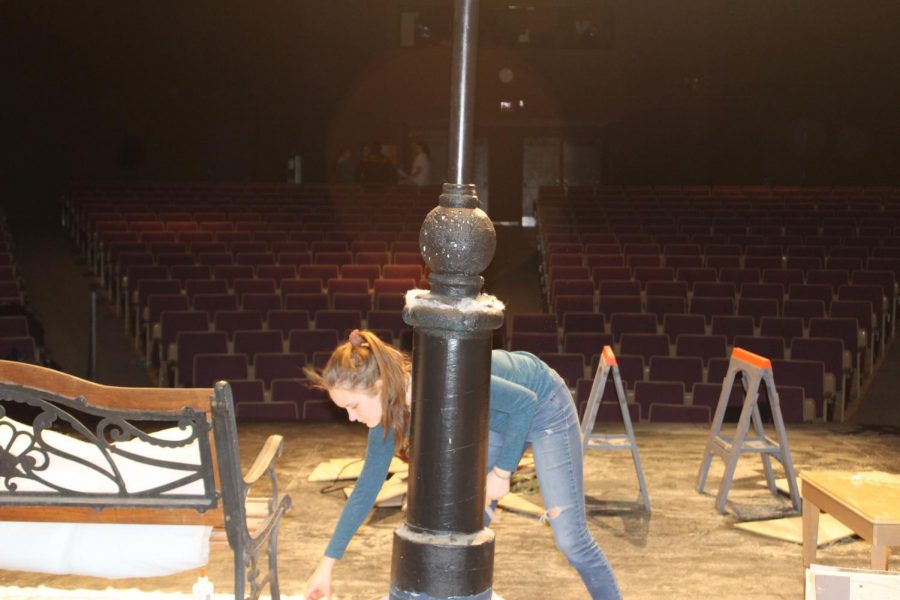 Senior Hannah Teater decorates a bench for the play.

In preparation for the upcoming school play “Almost, Maine,” the cast and crew has spent their class and seminar time building the set for the past few weeks. From decorating the stage and choosing costumes, to cutting wood and building platforms, the members of drama club have been very busy.

“This set is sort of complicated, and we’ve never had anything like it before. But I would say it took a little less work [than previous plays] because it is kind of smaller, like the set rotates, so it’s a lot more like complicated and there’s a lot more details,” senior Hannah Teater said.

With opening night on Feb. 8, the crew still has a lot of work to get done. Thankfully, they have had a lot of people contributing their time and effort on putting it together.

“It depends on the day, but we probably have about 20 people a day, but all together there’s probably about 40-50 that all contribute something to the set,” Teater said.