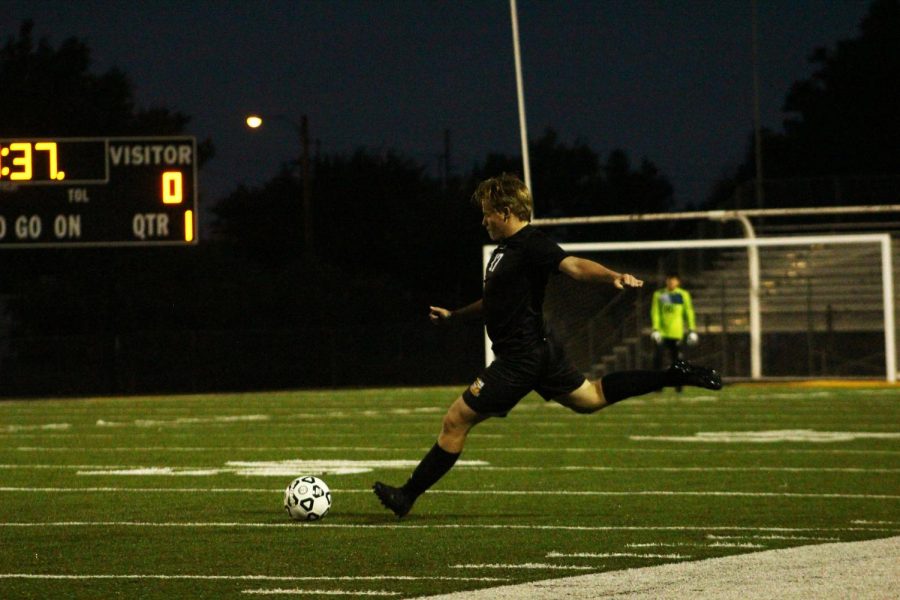 The Railer boys soccer team competed against the Salina South Cougars on Oct. 4 at Fischer Field. Playing through cold weather and mist, the game remained tied 0-0 going into halftime. The first goal came from the Cougars with 33 minutes left in the game, but the game was quickly tied after an own goal.

“It was kind of shocking, but none of us really cared that much because it tied [the game] and gave us a chance to take the lead back,” freshman Joel Franz said.

The Railers gave up five more goals before sophomore Michael Velasquez scored off of an assist from senior Chase Ebert with three seconds left in the game. That score was Velasquez’s sixth goal of the year.

“At the moment I didn’t really know what to feel because it was a great goal, but it was also the end and we lost,” Franz said.

A loss to the Salina South Cougars brings Railer soccer team’s record to 3-9 with four games remaining in the season.

“It’s a really young team. [This year] has been important, but also one without a lot of wins. It’s been a lot of learning and rebuilding the program.” Franz said.

Railer soccer will be back in action against the Derby Panthers in an away game on Oct. 9. They will finish their regular season at Fischer Field on Oct. 18 against the Maize South Mavericks.