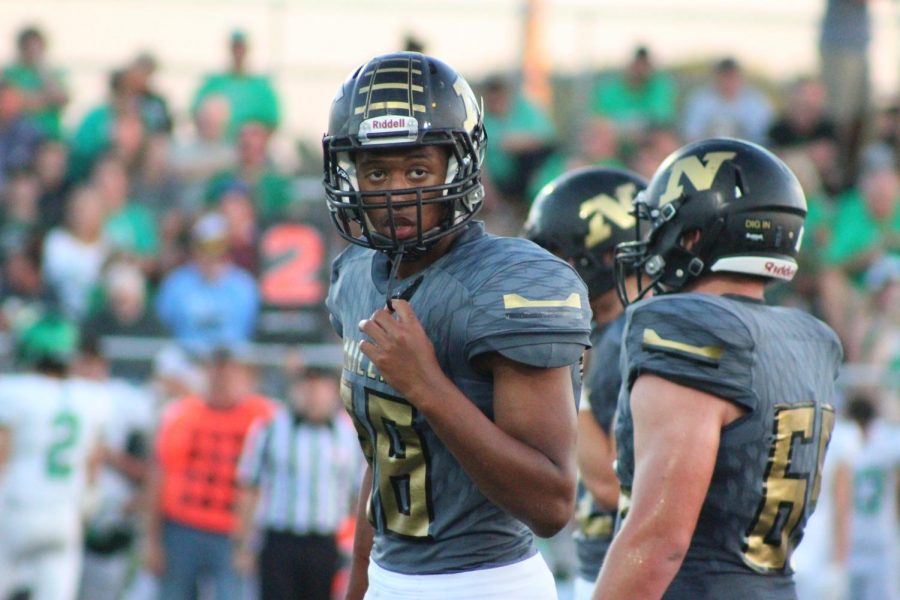 Sophomore Jody Perry listens to the final words from the coach.

On September 14, the varsity football team took on Derby at the third home game of the year. Many students came to support the team with the USA theme. Students dressed up in various outfits and some painted their faces and bodies with the colors of the American flag. “I thought it was super fun. Everybody got into it. It was super easy. All you had to do was get red and blue face paint, and somebody brought a bag of it. It was awesome,” said junior Trevor Waldrop. The football game itself ended in a loss for the Railers. The score ended at 55-7, Derby. Newton players were devastated with the loss, although the student section had continued to cheer for the team. “{The student section} kept us going and kept the energy high for the team,” said sophomore Jody Perry.