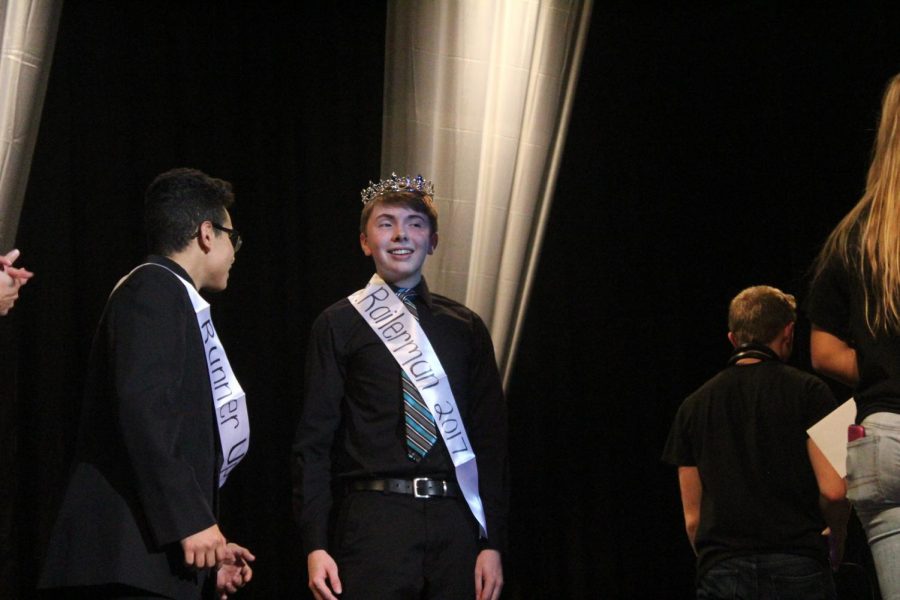 On Nov. 17 the Mr. Railerman Pageant was brought back to NHS. In the weeks leading up to this event, male students were nominated by their peers and three from each grade were chosen by the student council to compete in this pageant. The boys were honored to be chosen, but many did not realize the stress that would come with it. This performance meant learning a group dance, rounding up outfits for the events and finding time around school and other extracurricular activities to practice.

“I wasn’t really sure of what I was getting myself into, but the nervousness sort of went away the moment you got on stage,” sophomore Eli Blaufuss said. “All day I was stressed as to exactly getting everything, but in the end it all came together.”

The pageant began with an introduction of the judges where they sat down and answered a few questions. The judges were English teacher Cathlina Bergman, science teacher Fred Becker and physical education teacher Tony Hein. After that, all 12 contestants were introduced and they performed a dance they learned with the help of seniors Kate Szambecki and Payton Fenwick.

“It was cool being up with all those guys and the practices for the group dance were super fun,” junior Noah Massanari said.

After the group dance, each contestant was able to show the audience and judges their talent. Talent included comedy, magic, cooking and singing. The runway competition took place following the talent portion and the students were able to show their model walk in outfits of their dream jobs, USA wear and beachwear.

“[My favorite part was] doing the walk-throughs, telling each other what to do, helping each other get ready. I think it was good because a lot of the people, I think I’m a lot closer to now than I used to be,” junior Wyatt Hendrickson said.

Videos and interviews with contestants were shown to give the judges time to talk about what they had seen. Freshmen and seniors competed in a lip sync battle and seniors were able to pull of a win with the song “Stayin’ Alive.” Sophomores and juniors then competed and sophomores won with “Look What You Made Me Do” against juniors’ “Smooth Criminal.” When sophomores and seniors competed for first place, seniors were able to get the audience’s approval with a performance of “Bohemian Rhapsody” and took first place.

“I’m usually really nervous on stage but I was able to let loose and I had a lot of fun.” Massanari said.

After the lip sync battle and more videos from student council, it was time to crown Mr.Railerman 2017. The top three men, senior Jason Wong, senior Douglas Ragon and sophomore Micah Smith were called onto the stage. Ragon was crowned first place which he then gave back to Wong and Smith, claiming they are winners too.

“It didn’t really feel like a competition, it just felt like all of us performing and having a good time.” senior Colin Potluri said.