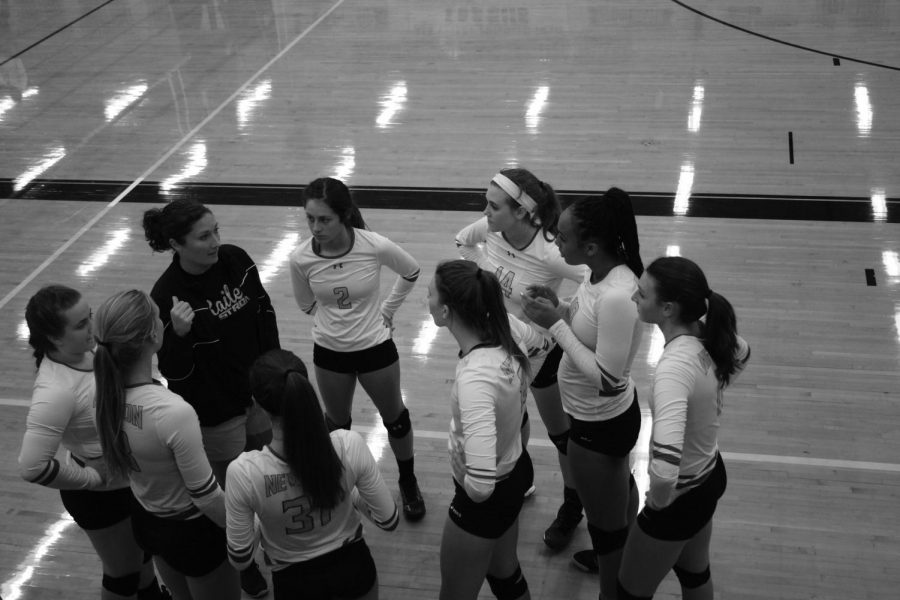 Head volleyball coach Jamie Dibbens achieved a milestone victory against Valley Center on Sept. 16. Dibbens said she experienced a similar feeling after her 400th win as she does with any other match.

“I think it was more important for my family. It matters a lot to them. But, it was a tournament day so I wanted to go through the rest of the day and just care about the other games. To me, it wasn’t anything different,” Dibbens said.

“She was super humble about it. She seemed excited but didn’t want to brag or anything because she was already thinking about the next match and what else we had to do. It was a quick ‘hooray’ and then back to work,” Remsberg said.

Dibbens’ discovered her love for volleyball in fifth grade. In 2004, she began coaching and after 13 years has developed her own unique coaching style.

“I think I am very demanding. I have a lot of expectations I think our practices are usually pretty serious and focused and then in the games I try to sit back and relax and see how everything comes together. I don’t think the games is a time to have high anxiety,” Dibbens said.

Dibbens said she contributes the success of the Newton program to the hard work and perseverance that her players possess.

“I think the key is having players that buy into the hard work that I expect from them. They have to believe that you will not have instant success it will come from years of hard work. It might pay off as a junior, it might pay off as a senior, so just believing in the program,” Dibbens said. “Coach George and Coach Gunn have been with me since the beginning and I think it makes a huge difference.”

Dibbens hopes her high expectations will benefit her players in the long run.

“I hope I’m getting them ready for their college sports or even just leaving here loving volleyball,” Dibbens said.