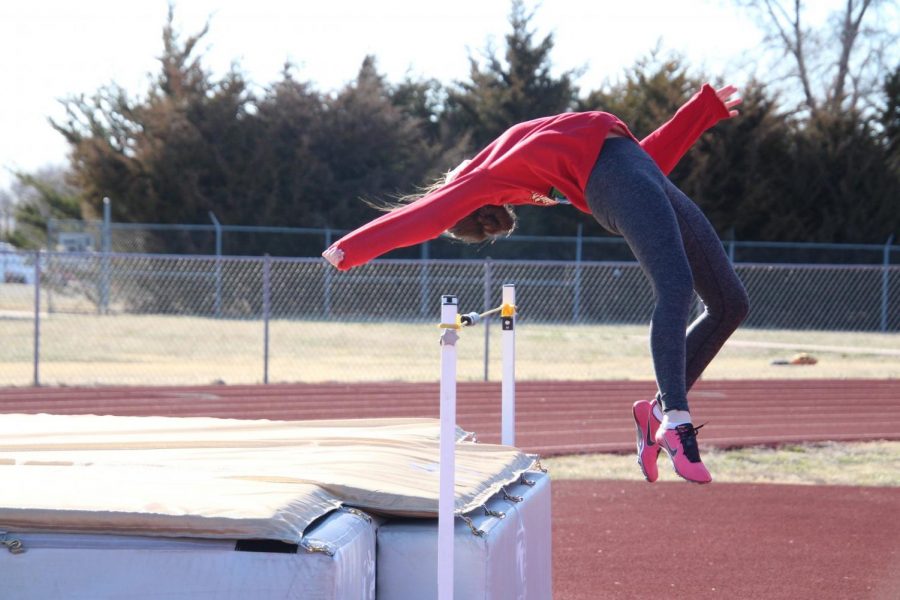 Student athletes involved in track are split into different event categories including sprinters, distance runners and throwers. Practices consist of these different groups conditioning for the season and working to improve specific skills.

“[I’m excited] to spend time with my friends, since a lot of my friends do track,” Hamm said.

Because of the larger team size this year, the head tennis coach, Nick Sisson, decided to hold his version of cuts through a tournament. The top 18 players will make the team. Those not in the top 18 will have a separate practice and will only be guaranteed to play in one meet. Practices so far, with the exception of the first few practices, have been part of the large tournament to determine the top 18 players.

The tennis team is pre season ranked 5th in the state. Junior Jonah Schloneger says the team’s main goal this year is receiving a state trophy.

“I think we have a really great coach who makes it a really positive and competitive environment and he really cares about what he’s doing. That competitive aspect and really fighting for something is probably my favorite part of the team,” Schloneger said.