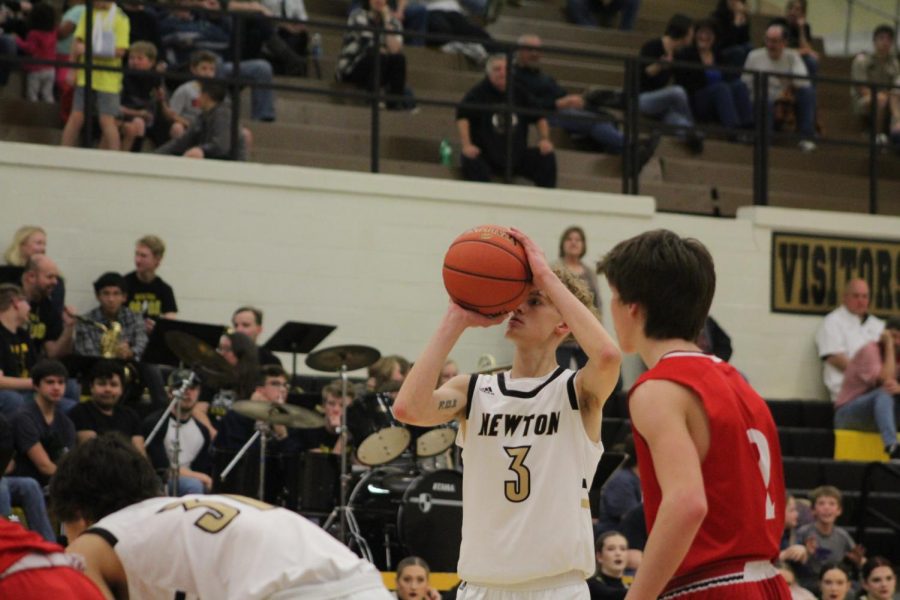 On Jan. 3, The varsity girls and boys basketball team hosted Maize high school in Ravenscroft gym splitting with them 1-1.

“I feel like we shared the ball really well, everyone got open shots,” junior Jaxon Brackeen said.

The girls started off slow after multiple missed shots and could not catch up after the final score was 49-21 . Then the boys Started off quick making it 11-2 quick. But by the end of the second Maize had gained the lead 32-31 going into half. Newton came out quick in the third with a 5-0 run and didn’t stop from there winning 74-54.

“Maize is a tough team, but we played harder we were fired up before the game, we could have played better defense,” Brackeen said.