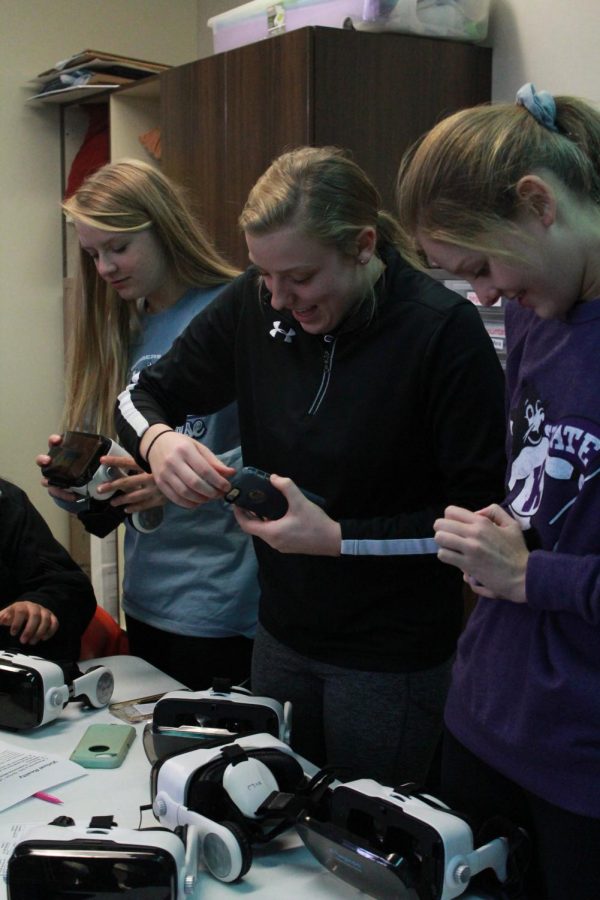 On November 4th, Mrs. Ochoa’s classes participated in celebrating the Spanish holiday ” Day of The Dead”,  which is a holiday commemorating the life of the deceased. The celebration had stations that allowed the students to involve themselves in Hispanic culture, some of the activity’s involved cookie making, VR headsets and poster designing.

“The class period was really fun because everyone was involved, I really liked making the cookies because they tasted really good and we got to decorate them how we wanted to. A lot of the class decorated them like skulls and it was just a really fun time,” sophomore Sam Revel said.

Mrs. Ochoa set up a visual representation of the holiday that provided cultural insight for the students. Before beginning the stations, Ochoa elaborated on the holiday and told the students more information that they could use during their class period. The table had colorful banners and figures, it clearly depicted something to be celebrated.

“Personally, the experience helped me learn a lot about Day of The Dead and why its a holiday, it was really fun to see all my classmates enjoy themselves and interact with one another and there was so much to do,” sophomore Hayley Loewen said.

Many of the students said that they were excited for the celebration in years to follow. It was fun while still being able to learn something new about a foreign culture.

“Day of The Dead was a lot different from holidays I’m used to celebrating which made it really interesting and fun. The class deferentially learned more because we were constantly moving around and doing different things,” sophomore Simon Hodge.