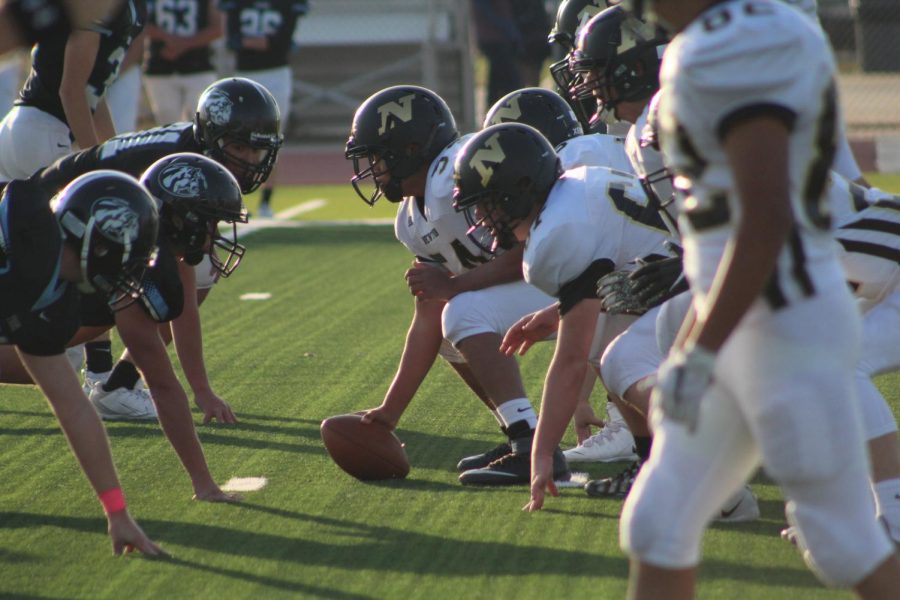 Sophomore Christopher Mick prepares to snap the ball to his teammate before the play starts.

On Oct. 21 the Newton Railer freshman and sophomore football team played an away game at Eisenhower High School. The team managed to get ahead in the game by scoring a touchdown and continued to do well throughout the rest of the game.

“I think that we played very well and it helped that our offense and defense was working together well which I feel like contributed to our win ,” freshman Maxwell Masem said.

The Railers made multiple good plays and were communicating with each other throughout the game. The team was able to maintain good defense which resulted in the other team not scoring at all.

“I definitely think that communication is very important as well as knowing your role. You should always go into the game with confidence and a positive mind set” Masem said.

The team ended the game with a final score of 20-0. The Railers were very happy after the game ended and the team and coaches talked and reflected on the game. Lots of the players were satisfied with the end result of the game.