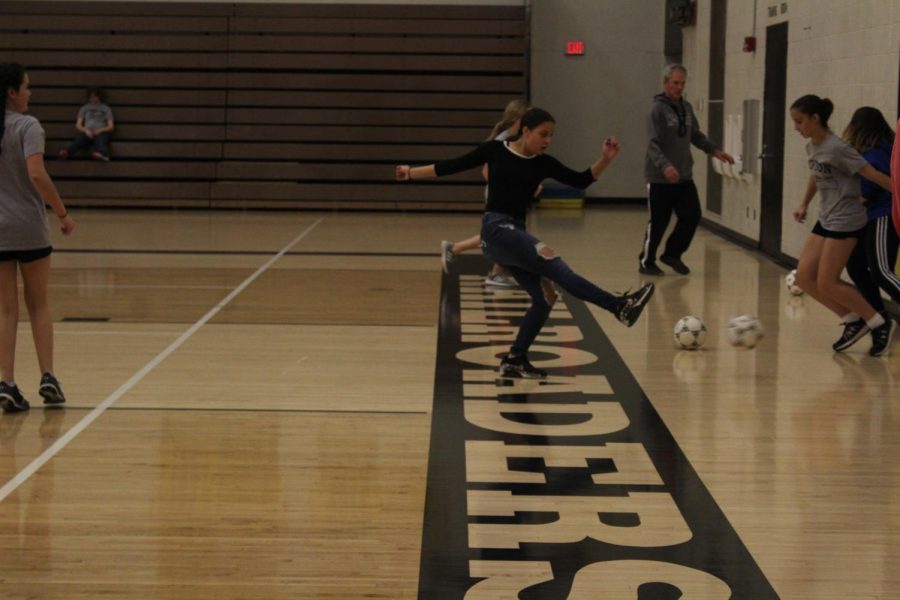 Freshman Thalia Ruiz kicks the ball in order to make a goal.

During fifth hour P.E on Oct. 29, students in P.E I Health and P.E II participated in a soccer activity. In the soccer activity, the students were separated into four groups. Two of the teams waited for their team to get called while the other two played on the court. There was an assortment of things happening on the court, for many people were attempting to make a goal.

“The first match we did, we only had one ball and the first team to score was the one that won that round and then we switched. Then the rest of the games, we had like three or four balls in at once,” sophomore Grace Owen said.

The soccer activity was played with a combination of freshman and sophomore P.E classes therefore, there was a variety of people participating in the games.

“I actually did like playing soccer and I think the best part of it was just because it can get competitive and it just makes it more exciting. I think playing games with the other pe classes is what’s the best part,” Owen said.