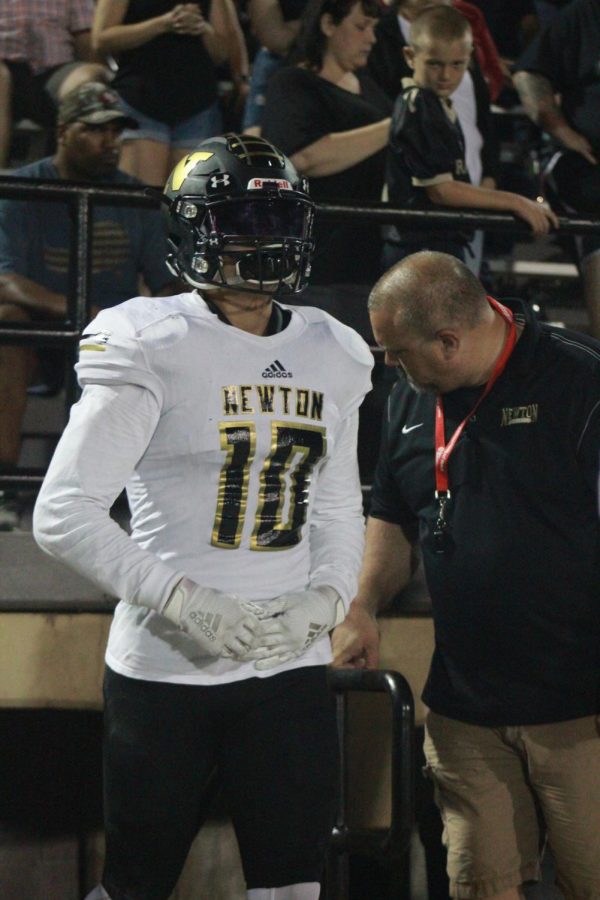 Going out of the locker room, senior Henry Claassen runs onto the field.

Many students and fall athletes look forward to fall fest, an evening where they can show off what the season is going to look like by scrimmaging one another, performing, or even getting announced to the crowd. This year, fall fest was on August 30 at Fisher Field. To kick off the event, there was a soccer scrimmage. For senior Xander Valdivia, this was his last fall fest.

“I feel kind of sad [with it being my last fall fest],” Valdivia said. “I’m going to miss high school, I know a lot of people say they won’t miss it, but I know I am.”

After the soccer scrimmage, they introduced all the fall teams. For many students, it is an opportune time to represent their team and the high school.

“I want to make [cross country] more of a positive environment and motivate each other,” senior Ashley Salgado said. “We already are good at motivating each other, but I want to make it where we work harder as a team and push each other more.”

Finally, after the introductions, there was a performance from the cheerleaders, railiners and the band.

“I think we need to work on playing together more, we need to help those who are struggling,” sophomore Kaden Anderson said. “Overall, I think the performance went really good.”

To end the night, the football team had a scrimmage. However, it was different than the previous years. Instead of the usual whole team scrimmage, the coaches decided to save the players for the jamboree that occured the following day to ensure all the players were well rested and able to play.

“Our offense and defense looked really good overall,” junior Davis Mick said. “I look forward to winning games and having fun with the team while doing it.”