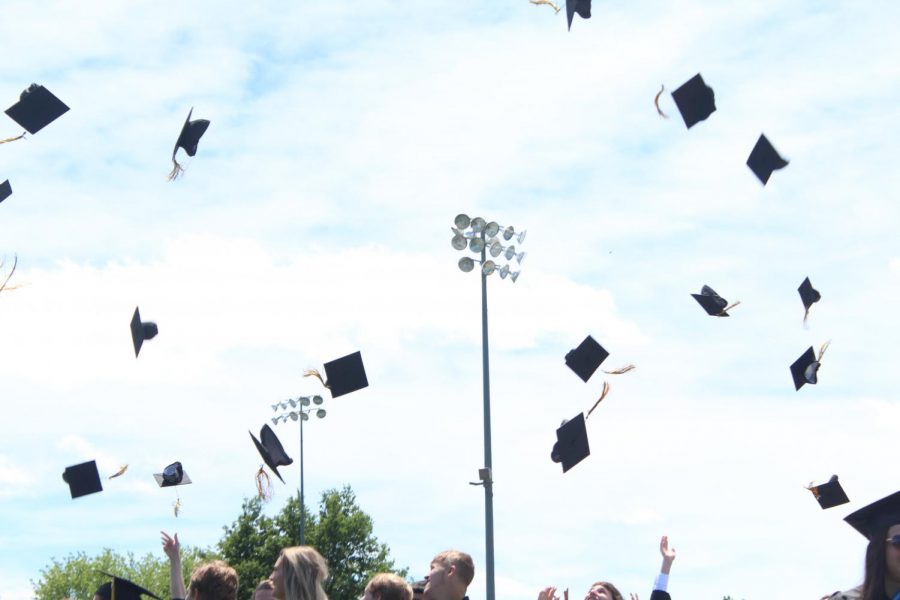 After only a four year lifespan of weighted grades that was first initiated at the beginning of the 2015-16 school year, the recent proposal of changing the recognition system has become the hot topic of students and faculty alike. Contemplation surrounding the proposal began in the spring of 2018, when the USD 373 Board of Education recommended that the administration look at weighted grades and recognition.

Following the recommendation from the board, a committee of department heads was created to represent each division in the school. From there, departments chairs held discussions with teachers in each department. The majority of staff supported the motion and therefore the proposal was sent to the board.

With the introduction of the new honors system, administration is hoping to equally recognize students within core academics and CTE courses, as well as encourage students to participate in classes that will contribute to their futures. Counselor Alex Tyler believes that equity in the recognition of students was a main factor in the initiation of a proposal.

“I think being able to have students not have to make decisions [between core academics and CTE courses] and for them to be able to take classes that they want to take, not just necessarily because they want to get this recognition, is important,” Tyler said. “Maybe they miss out on being able to be in journalism or doing that because they couldn’t get all of their AP classes in.”

STEM/PLTW engineering teacher Brian Rickard agrees with the proposal of unweighted grades claiming that students should take classes that correspond with their desired future career.

On the contrary, English teacher Lisa Otter believes that administration and teachers need a way to uphold the value of core courses such as math, English, science and social studies. Otter said removing weighted grades will result in the equal treatment of unequals.

“Not all classes are created equal, there are some that are more academically rigorous. People in other disciplines, they get certificates, they get employment right away out of school, you know all of those things,” Otter said. “You need a way to recognize academics, core academics in particular, which kind of tend to get shoved off to the side with all the talk about the value of CTE. We lose some of that liberal arts focus and my philosophy has always been getting students to make a life, not just a living.”

Otter said she received similar responses from the students within her three honors courses, most of them livid and holding the belief that the proposal was unjust.

“The other thing that caused me to take this on, is I’m a trauma responsive coach here at the high school. The initial purpose of the program, especially the weighted grades, was to incentivize taking the more rigorous academic courses,” Otter said. “A lot of students, that’s kind of a safety net for them, they may be more willing to take an honors or an AP course knowing that there is just that little bit of a cushion.”

Nevertheless, freshman Own Mick said he does not believe unweighted grades will have considerable influence on students’ futures.

“It [unweighted grades] doesn’t really have an effect on us overall and when you go into college and you hand in your transcript and stuff, they don’t really look at it [weighted grades], they’ll look at the classes you take,” Mick said. “They won’t weight it, it’s the class itself.”

Despite conflicts with sporting events and the district wide orchestra concert, a number of students, parents and faculty members joined in the lecture hall on May 7 to voice their opinions surrounding the best interest of students. Otter said she feels as though students should be instrumental in constructing the grading system.

Despite the May 7 public discussion opportunity, there have been no official decisions for change made within the honors system, although discussion of the topic will not cease.

Crittenden said administration and faculty still have an abundance of questions. The proposal will be an item of information at the June board meeting.

“They may say, ‘We don’t know’ to the way it is currently presented and they may kick it back to us,” Crittenden said. “They may come back to us and say ;We want you to have a transition plan before we decide,’ so I can’t predict that.”

While there will be no word from the board until June, in the meantime, Otter encourages her students to keep contact with the board.

“I think a lot of my passion for what we have done here has been because I want you guys [students] to have a voice, you deserve a voice,” Otter said. “As far as what is going to happen after the board meeting, I am encouraging students to keep contacting the board members, they are the ones who will be making the decision ultimately, and so knowing that, we don’t want it to slip from their minds.”