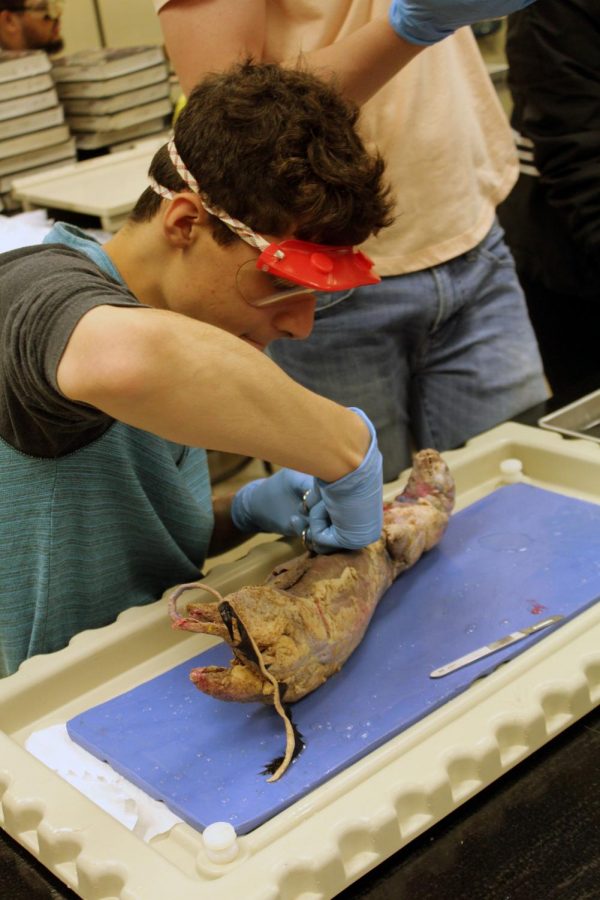 To finish up the digestive system unit, sixth hour Anatomy/Physiology dissected minks on Tuesday, April 30. Students dissected the minks to look at internal organs and their placement.

“We learned what parts were in a mink and where they were, like where the kidneys, heart and lungs were,” senior Makaila Wise said.

Not all students had to dissect the minks. “If you didn’t want to then you had a person that recorded the information and then one person dissected,” Wise said. “I thought it was disgusting, Most of the class was grossed out by it.”

During the digestive system unit they learned about the sizes and placement of the organs.“I learned that a lot of animals are a lot like us and our body and the organs were a lot bigger than I thought they were going to be,” senior Megan Bartel said.