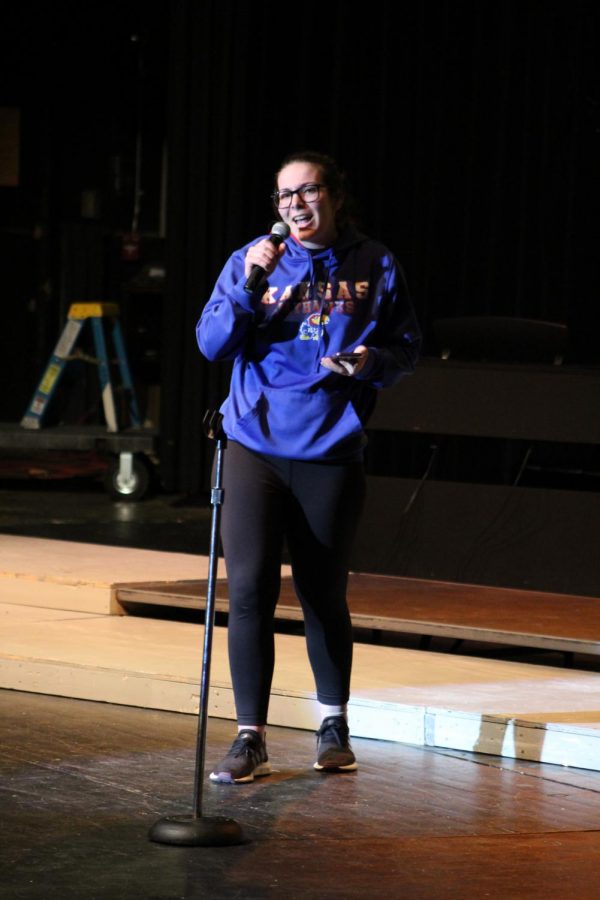 With butterflies and sweaty palms, students from all parts of the school showcased their talents in this years talent show on Friday, May 3. Tri-M club sponsored this years show unlike previous years where the music club sponsored it. There were seven performances total with songs such as “Old Town Road” and “Gotta Go My Own Way”.

Junior Aryanna Rossiter performed her own song called “Sunshine”. Rossiter has been playing the Ukulele for 5 months and admits that while she was performing she blacked out.

“I blacked out while I was singing so I don’t really remember anything,” Rossiter said. “All I remember hearing is my friends voice. She said something from like the third row and I heard it, but that’s all I heard and I was done, and then I walked off.”

Sophomore Easton Young got his ukelele on his birthday in March and he has been playing it ever since. Young was hoping he would not mess up while on stage.

“I was just so nervous up there, I mean I’m in theater and I’m usually not nervous when I go out on stage, but this time I really was,” Young said. “I think there were more people out there then I’ve seen like in actual theater.”